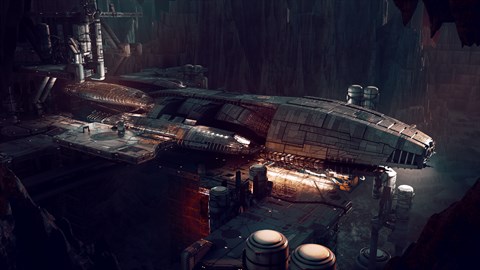 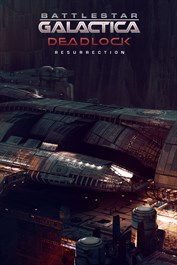 New story campaign The new story campaign kicks off Season Two of Battlestar Galactica Deadlock. Players will face Cylons side-by-side with the CIC crew of the Galactica. They can play through ten story missions and thirteen Resource Missions. New war room Players can command BSG-75 from a meticulous reconstruction of the famous Galactica CIC. The strategy layer has been revamped to get fans straight into the fights that matter, while the new Cylon Threat mechanic measures overall impact on the First Cylon War. New ships The Jupiter-class has been overhauled. The Jupiter Mk II boasts enough firepower and armor to become the most impressive vessel yet fielded in the war, with that familiar look fans have been waiting for. New squadrons The Colonials have retrofitted an ancient fighter design from the Kobol Exodus. Dubbed the Taipan, these fighters are heavy hitting anti-capital strike vehicles. Meanwhile, the Cylons have developed the Vespid, a swarm of dedicated bombers.