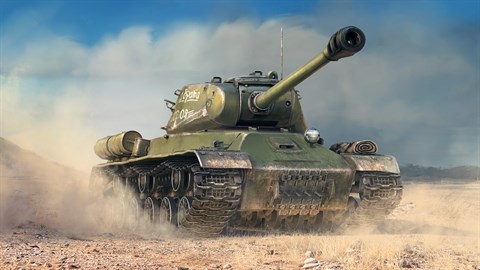 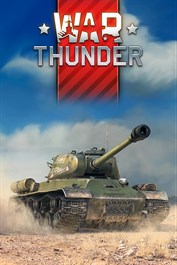 War Thunder - IS-2 Revenge for the Hero brother Pack

This pack includes: IS-2 “Revenge for the Hero brother” (Rank 4 USSR); Premium account for 15 days. The “Revenge for the Hero brother” inscription is dedicated to tank commander Nikolay Krasikov, Hero of the Soviet Union. It was inscribed on the turret of the IS-2 tank of his older brother, Mikhail, following Nikolay’s heroic death in 1943. Mikhail himself fought his way to the Pomerania and was killed in combat in March of 1945. The IS-2 was the most heavily armed and armoured Soviet heavy tank of WWII, and was used for assaulting cities during the final stages of the war – including Berlin. All premium vehicles allow you to earn increased Research Points and Silver Lions for each battle and comes furnished with all available modifications. With a Premium account (also purchasable in the game for Golden Eagles) you will earn more Research Points and Silver Lions during each battle for a set amount of days. This is cumulative with bonuses from premium vehicles!