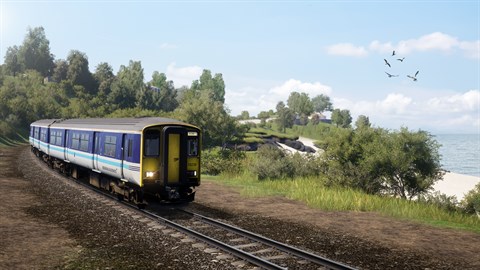 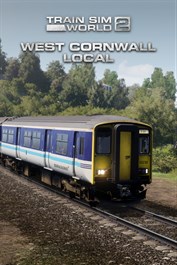 Experience the rolling hills and picturesque countryside of the “Great Western”, aboard classic British diesel traction, with Rivet Games’ West Cornwall Local: Penzance - St Austell & St Ives route. Opened in 1867, the Cornish Main Line weaves its way through the landscape linking Cornwall to the rest of the country. Brunel originally built the line to his unique 7ft “broad gauge”, but in 1892 the route was converted to standard gauge. For those areas not reached by the main line, branches sprawl out to serve local communities, such as the St Ives Bay Line. It’s your job to take charge of the various services on this scenic route; carry passengers through the Cornish Countryside on local services and shuttle to and fro along the St Ives branch with the Regional Railways BR Class 150/2. Alternatively, take on the challenge of freight over the hills with the BR Class 37/5.