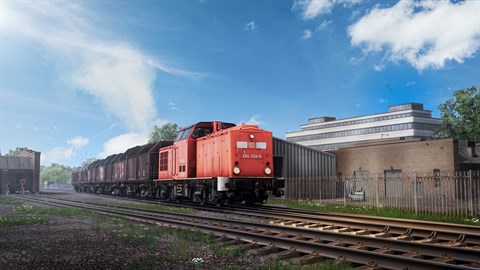 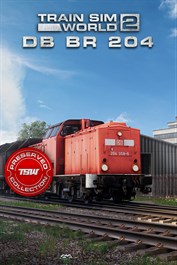 Please note: Train Sim World® 2: Main-Spessart Bahn is required, as a separate purchase, in order to utilise the content featured in this add-on. As this is part of the Preserved Collection, features remain as they were in the original release. In the 1950s, the Deutsche Reichsbahn were keen to replace steam locos with a modern fleet of standardised diesels that could cover any duty on the network. Many designs started cropping up, and to fill the 1,000 horsepower market the “V100” was built in 1966. The V100 was a double-ended loco with the cab in the middle, allowing for seamless operation in either direction. 860 of these would be built, and they were put to use on freight traffic throughout East Germany. Some V100s were classified as the DR Class 114 following a re-engine scheme, and with the Reunification of Germany, they were reclassified once again to become the DB BR 204. Now, you can experience the classic DB BR 204 for yourself, as it has been authentically brought to life in Train Sim World® 2!