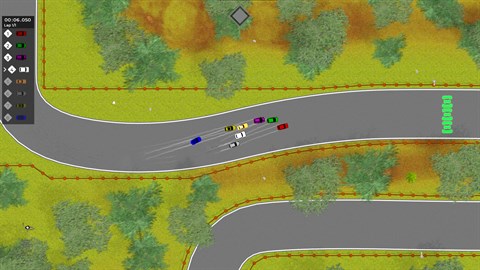 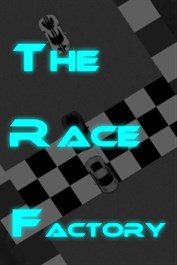 The Race Factory is a fast-paced top-down racer, made with an emphasis on customization, and an enjoyable single/multiplayer experience, with AI supported in all modes, both in single player and multiplayer. Taking inspiration from arcade racing games of the 80's and 90's. Featuring drift physics, power-ups to give you the advantage over the competition, and plenty of customization, the aim is to have a fun multiplayer experience, with plenty of variety to keep you entertained! Game Features: 10 Game Modes, including Race, Elimination (Micro Machines style), Drift, Infection, Time Attack and more! Play with up to 4 players in split-screen multiplayer. AI are supported in all game modes, except Time Trial. Over 20 Race Tracks and 3 Battle Arenas for you to race and battle on, a track editor is included with the game, which was used to make all the tracks included! So you can make as many of your own tracks as you want! 9 Vehicle Classes, Street, Sport, Super, Hyper, as well as Truck, Formula cars, Karts, Speedboats & Busses! Online leaderboards allow you to compete against the world in Time Attack mode. A variety of power-ups are available to mess with your opponents, from a Bolt that will force your target into a drift, a Strike that will hit the driver in 1st position, a nifty Nitro to boost yourself ahead of the pack, to a Shield that will help you stay there! Event settings & Mutators allowing you to change the time of day, weather, teams, toggle weapons/collisions, drafting, catch-up and more! Customize the cosmetics of your car by buying unlocks from the in-game shop, as well as purchasing licenses to unlock new vehicle classes to drive!