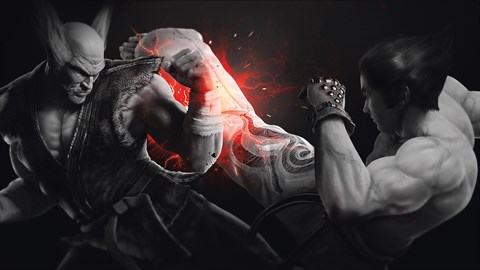 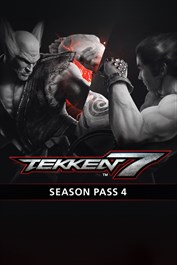 The fourth season pass for TEKKEN 7, featuring a collection of different downloadable content bundled together at a discounted price! Includes the following DLC: • DLC16: Playable character Kunimitsu! In the past, Kunimitsu was one of the members of the Manji Clan. However, she was kicked out by Yoshimitsu, the head of the Manji Clan, since she repeatedly stole for her own benefit. Later on, she tried to steal the sword called “Yoshimitsu” from Yoshimitsu for her grandfather, who was a swordsmith. In the end, she was unable to steal the sword, and her grandfather passed away. She lost all desire to steal the sword, and vanished from Yoshimitsu’s sight. Later on, she married a shinobi, and was blessed with a daughter. As time went on, her daughter grew to be a better ninja than her parents. She took on the name Kunimitsu from her sick mother, and accepted contracts from various governments and large corporations to steal important items. One day, Kunimitsu got a call that her mother’s condition had worsened. She rushed to see her bedridden mother and heard the story of the only thing that her mother could not obtain in the past. Kunimitsu was then determined to obtain the sword to cheer her mother up. • DLC17: New stage Vermilion Gates! A fantastical stage with a Japanese motif, filled to the brim with elements from the Land of the Rising Sun! A breakable balcony and big changes to the stage between evening and nighttime make every round different and dynamic! • DLC18: Playable character Lidia Sobieska! Lidia has shown a keen interest in karate from childhood, and also politics, after the loss of her father, himself a political leader. She appears adept at both, entering and winning her first karate world championship at 18, and getting elected to office in her first campaign at 21. After a while, the war initiated by the Mishima Zaibatsu began to greatly affect Poland. Responding to growing demand from the public for a new, stronger political leader and a staunch response, she stepped forward to become Prime Minister of Poland at the young age of 29. After her inauguration, she immediately reponded to the incident; however, the letter from Mishima Zaibatsu head Heihachi Mishima in return contained a thinly veiled threat of consequences. She was incensed at the response, and immediately decided to enter the King of Iron Fist Tournament to stand up to Heihachi. • DLC19: New stage Island Paradise! A spacious beachside stage that features both a poolside right out of a high-class resort and a beach with beautiful clear water! Play while enjoying the unique atmosphere of the beach, including bright, warm sunlight during the daytime and a beautiful sunset in the evening. *To use the above content, you must update the game to version 4.10 or later. • Season Pass 4 Bonus: PAC-MAN-Themed Customization Set! - Character Customization Set (includes 1 Cuddly Pac-Man, 4 Cuddly Ghosts, and 1 t-shirt) - Player Customization Item Set (includes 2 panels, 2 health bars, and 2 plates) *Some character customization items cannot be used by certain characters. DLC16 Kunimitsu, DLC17 Vermillion Gates, DLC18 Lidia Sobieska, and DLC19 Island Paradise included in this season pass are also sold separately. Please be careful not to buy the same content twice. Cancellations and refunds are not available for this season pass, regardless of whether or not any content has been downloaded, except where required by law. A record of this purchase can be viewed in the Services List.