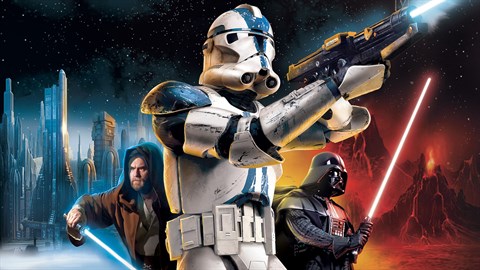 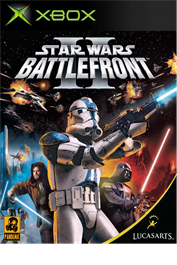 Fight on the front lines where every weapon and vehicle is yours. And now for the first time, Star Wars Battlefront II lets you... Fight as a Jedi - Earn the ability to wield a lightsaber and use Force powers like Yoda, Darth Vader and many other Heroes and Villains. Battle in Space - Dogfight in X-wings, TIE fighters, Jedi Starfighters and other classic starships, or land your ship on a Star Destroyer and fight it out on foot aboard enemy ships. Play 16 New Locations - Battle across Star Wars: Episode III environments such as Utapau, Mustafar and the epic space battle above Coruscant. Engage in Massive Online Battles