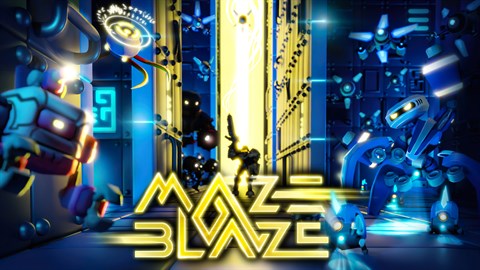 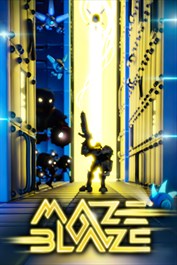 Shoot and blast your way through alien-infested mazes in Maze Blaze, a roguelike action shooter that’s intense both in color and gameplay. The goal is simple - enter the maze and gun down anything that stands between you and the exit. Your objective may always be the same but everything else is endlessly changing. Each maze is a procedurally generated level where the enemies, items, and the maze’s layout itself is random. Not a single corner you turn will be the same as the last time you entered. Progressively tougher alien foes will try to take you out once you enter their proximity so you better be ready to shoot first and ask questions later. Modifiers scattered around each maze will augment your abilities and shots. Each pick-up presents a unique choice that’ll define your play style. Simplicity is at the heart of Maze Blaze. It’s easy to jump into yet has enough depth to keep you playing. You can kick back in a long gaming session or just clear a couple of mazes when you’ve got a bit of downtime. No matter how you choose to play, you’ll always make progress. The more mazes you blast through, the more stuff you unlock. Mix and match your newly acquired powers and weapons to dive even further into the different game modes.