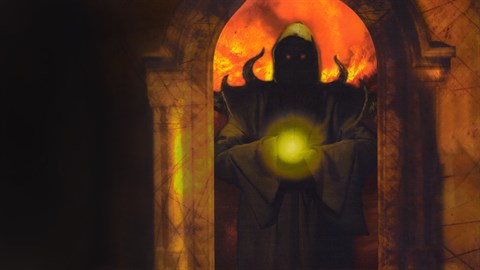 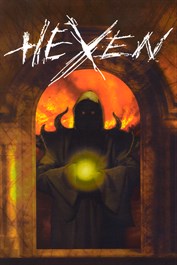 Hexen: Beyond Heretic is a fantasy first-person shooter developed by Raven Software and published by id Software in 1995. It is the direct sequel to the first game in the series, Heretic. Story While the Sidhe elf Corvus battled the evil forces of D'Sparil, the remaining two Serpent Riders were busy sowing the seeds of destruction in other dimensions. As a Warrior, Mage, or Cleric, you must fight the undead, and brave elemental dungeons and decaying wilderness to defend your realm of Cronos from Korax, the second Serpent Rider. Features - Become one of three heroes: Warrior, Mage, and Cleric. - Wield superhuman powers and lethal weapons. - Fight your way through earthquakes, crumbling bridges, and fog. - Track down powerful artifacts and cast powerful spells.