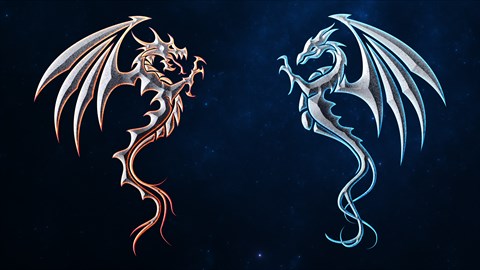 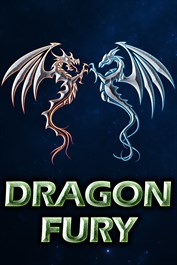 3.. 2.. 1.. Fight! Welcome to Dragon Fury, home of Non-Stop ACTION! A one of a kind Fighting Game. • Very Easy to Start - There are no complicated moves, jump right into the game and start fighting (Tutorial included, Practice mode included, List of moves that are very easy to perform - included). • Super Fluid Fighting - Fighting system has been specifically designed to be extremely dynamic! There are no pauses/delays between attacks, which means you can chain any kind of attack and make your own combos. • Import Your Own Characters - Game has a unique option to import your own characters by using Mods! Import your own 3D Models and use them as Characters to Fight. Please see in-game Options for documentation how to do that. • High Risk, High Reward - Fast attacks will inflict very little damage, slow attacks will inflict much bigger damage, but be careful, once your character is performing a slow attack, it's vulnerable to getting hit more easily. • Full Body Block - Just hold block and be confident that your character is safe from all kinds of attacks. • Auto-Adjusting Difficulty - 21 Levels of difficulty allowing you to fine-tune the challenge, optional auto-adjusting can automatically increase/decrease difficulty if you keep winning or losing. • Complete Freedom - Attacks are not bound to specific characters, you can use any kind of attack by any kind of character. • Voice-Over - Characters will greet (insult) each other before the match start, and say bye-bye afterwards - it was a pleasure to kick you in the balls. • Heart-Pumping Music - Rich soundtrack that will keep you on your toes! • Weapons - Fight barehanded or choose a weapon. • Gestures - Spin the thumbstick to flex your muscles, do a few squats or jumping jacks. • Highly Configurable - Plenty of graphics/sound options. • Keyboard + Gamepads Support - With configurable button mapping. • Free Unlockable Banana, Hot-Dog and more! Game Modes: • Towers - Play against a series of AI opponents and unlock bonus characters • 1 Player - Quick match against AI • 2 Players - Play against another Player on the same computer • Practice - Master special moves • Tutorial - Learn the basics • Options - Play against a series of UI opponents (Buttons, Checkboxes and Sliders) and configure the game Choose from many fighters: • Ninjas • Knights • Mages • Pirates • Gladiators • Vikings • Cyborgs • Robots • Aliens • Cowboys & Indians • Vampires • Werewolves • Demons and more! There's heaps of characters, but please be aware that their differences are mainly cosmetic (they do not have unique attacks/moves), they do however have different body sizes which does affect the game. Fighting style depends only on the weapon you choose, and there are following categories: • No Weapon - Punch and Kick • Daggers, Knives - Fast, Low Damage • Swords, Katanas, Hammers, Maces, Axes - Medium Speed and Damage • Big Swords, Big Hammers, Big Axes - Slow Speed, High Damage • Staff, Spear, Polearm - Fun but hard to master There are following Stages included: • Pyramid • Sci-Fi Command Center • Japanese Dojo • Battle of Titans - Moonlit night scene with giant monsters in the background • Western Saloon • Pirate Island • Gladiator Arena • Oriental Village • Snake Mountain Inspired by the amazing Mortal Kombat and Tekken series. Powered by Titan Game Engine - https://esenthel.com/