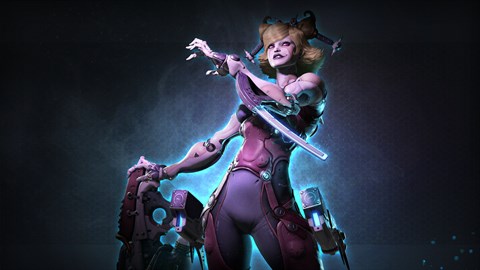 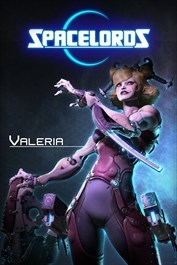 Heir to an immense legacy of riches and power, Valeria is the daughter of a wealthy patron who is financing the expedition to the Broken Planet. Using her vast family fortune, she designed and custom built this new powerful combat chassis to protect herself from the planet’s many dangers. Inspired by her beloved collection of dolls, this suit sole purpose is to deal a whole world of pain to any who dare cross her. * This deluxe character pack instantly unlocks one of the most charismatic characters of the entire Spacelords universe. * Unlock Valeria’s rare weapon blueprint “The Whip”: a quantic cannon able to open hyper-dimensional portals unleashing nightmarish creatures that electrocute your enemies. Spacelords deluxe character packs instantly unlock characters along with a rare Blueprint that are only accessible in the late game. (*Estimated 30 hours, depending on your play-style) WARNING: This pack unlocks Valeria. If you already own this character, it won’t have any effect.