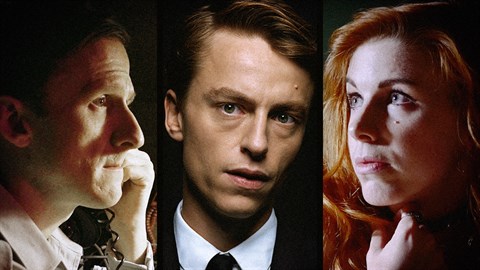 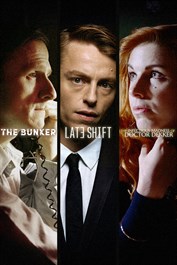 Wales Interactive are proud to offer three critically acclaimed FMV games in one discounted bundle! Featuring Late Shift, The Bunker and The Infectious Madness of Doctor Dekker. Late Shift is a high stakes FMV crime thriller. Forced into a brutal London heist, you must choose your own adventure in this interactive cinematic experience with adaptable storylines that lead to one of seven conclusions. Your decisions are you. The Bunker is an award-winning FMV horror, filmed on location in a decommissioned government nuclear bunker with a plot crafted by writers and designers behind titles like The Witcher, SOMA and Broken Sword, and incredible cast including Adam Brown (The Hobbit) and Sarah Greene (Penny Dreadful, Assassin’s Creed 3). The Infectious Madness of Doctor Dekker is a FMV murder mystery. YOU are a psychiatrist, trying to solve a murder whilst treating the unusual patients of the recently deceased Doctor Dekker. Ask any questions and collect the evidence as you uncover the identity of the randomly generated murderer whilst trying to figure out the chaos that was left behind.