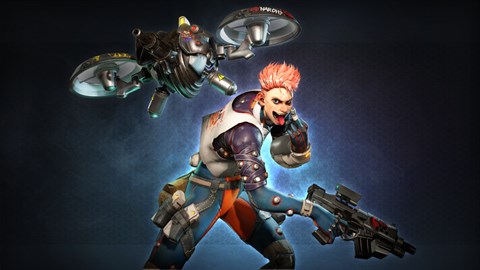 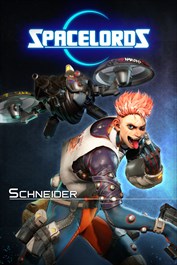 Know-it-all, rude, bratty and far too smart for his own good... Schneider doesn't give a damn what they call him, because he considers himself the future! Everyone else is just trained monkeys on the verge of going extinct. Schneider built his SCHN31D3r drone when he was just 14 years old, so hacking the Broken Planet’s ridiculous technology for the Hades Division was a piece of cake. * This deluxe character pack instantly unlocks one of the most irreverent characters of the entire Spacelords universe. * Unlock Schneider’s rare weapon blueprint "Rain of Fire": a mighty autonomous drone able deal a punishing amount of firepower without Schneider’s guidance. Spacelords deluxe character packs instantly unlock characters along with a rare weapon Blueprint that are only accessible in the late game. (*Estimated 30 hours, depending on your play-style) WARNING: This pack unlocks Schneider. If you already own this character, it won’t have any effect.