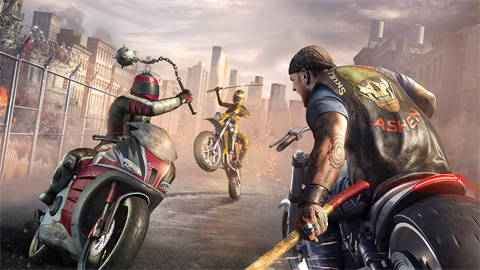 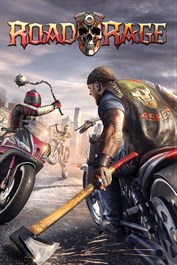 Road Rage is an over-the-top, knock-down-drag-out motorcycle combat game that tests your skill on a range of badass bikes. Race, fight, and hustle your way through the ranks of an insane outlaw motorcycle gang. Use various bikes, weapons, and battle maneuvers to propel you into a position of ultimate authority. Push the limits of combat racing, exploring an open-world and playing over 90 missions that will offer the opportunity to progress to Club President. • Extensive Gameplay Variety. Play 42 story-driven missions and 56 additional side missions ranging from delivery and escort jobs to combat races to all-out gang brawls! • Open-World Exploration. Joyride around a massive city and discover a wide variety of missions and objectives throughout its distinctive neighborhoods. • Insane Weaponry. Equip yourself with a range of weapons for knock-down-drag-out encounters with rivals on the road! • Ride in Style. Choose from a variety of motorcycles and customize your bike to suit your style.