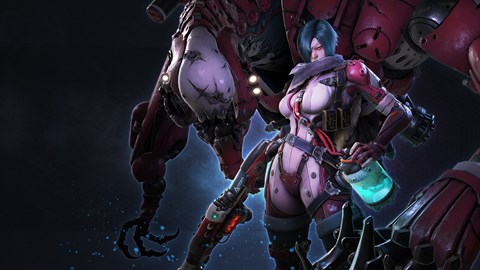 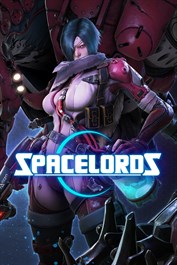 Aneska, evil General Krausher's former trusted lieutenant, is now back as a playable character! After being defeated by Harec's Raiders, Aneska awoke among the remains of the battle, where she found General Krausher torn into pieces, but alive. Aneska connected the General's foul-mouthed head to her own life support system and since then they travel the Broken Planet together looking for opportunities. * Unlock Aneska and get one of our players' most well-loved and often-requested characters. (You would normally need more than 30 hours of gameplay to unlock her.) * Unlock the Blueprint for Aneska’s special weapon "Invictus": A powerful prototype that shoots sliding energy discs that can be detonated with subsequent shots.