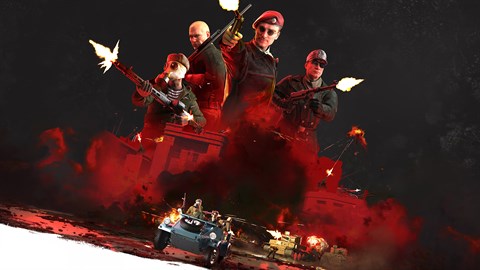 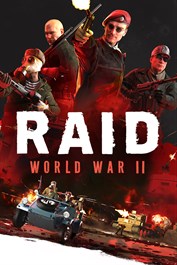 RAID: World War II is an adrenaline-fueled four-player co-op shooter set during the time when the German war machine was still going strong. Four prisoners of war have been freed by Mrs. White and given a chance to redeem themselves. Their objective? By any means necessary stop the Germans and help end the war. Their reward? The chance to steal anything they find. Take on the role as one of the four misfit members of the RAID gang, Sterling, Rivet, Kurgan or Wolfgang. Shoot and blast your way through Europe using different classes and skills. Customize your weapons using authentic weapon modifications. Your point of contact throughout the war will be Control (portrayed by legendary actor John Cleese). He will send you and the RAID gang on daring missions to execute objective-based raids in iconic locations set across a war-torn Europe.