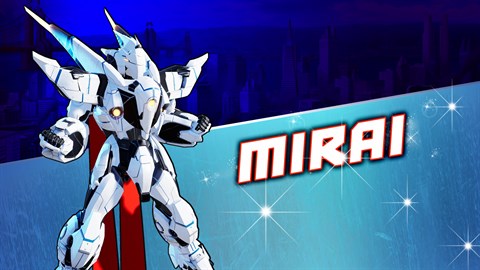 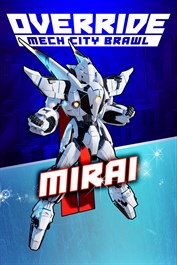 Introducing Mirai – a technologically advanced mech and exceptional close-range fighter. Mirai can hover and fly around the map quickly, but don't expect him to run. The giant, battle-hardened Watchbot from a dystopian future prefers dropping in on enemies and summoning his plasma sword at will in order to execute devastating special attacks and combos. Mirai (meaning ‘future’) has travelled back in time to the present day in hopes of finding the root cause of the battle against xenotypes so that he can stop the disaster before it starts. Prepared to annihilate anyone in his way, Mirai has brought with him a range of abilities which include stunning enemies with electrically charged punches and kicks, using his laser beam to take down opponents from a distance, and performing his Ultimate attack that involves hurling a massive plasma ball at enemies to burn them with the heat of a thousand suns.