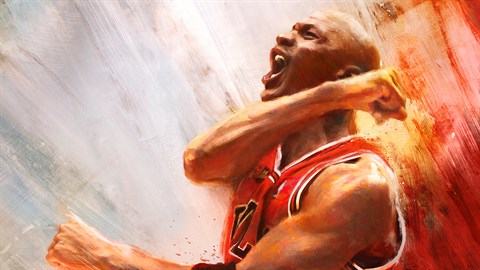 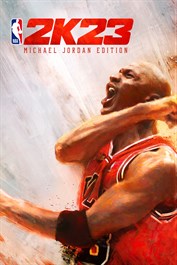 Rise to the occasion and realize your full potential in NBA 2K23. Prove yourself against the best players in the world and showcase your talent in MyCAREER or The W. Pair today’s All-Stars with timeless legends in MyTEAM. Build a dynasty of your own as a GM, or lead the league in a new direction as the Commissioner in MyNBA. Take on NBA or WNBA teams in PLAY NOW and experience true-to-life gameplay. How will you Answer The Call? Make your name in The City, the most expansive online basketball world yet (for Xbox Series X|S), or embark on a swashbuckling basketball journey (for Xbox One) aboard the cruise ship. No matter the journey, be ready to call next alongside the best ballers in the biggest basketball community. JORDAN CHALLENGE RETURNS Step back in time with era-specific visuals that captured Michael Jordan’s ascent from collegiate sensation to global icon with immersive Jordan Challenges chronicling his career-defining dominance. Lace up his shoes to recreate his otherworldly stat lines and iconic last shots, while listening to first-hand accounts from those who witnessed his maturation from budding star to basketball legend. BUILD YOUR SQUAD Ball without limits as you collect and assemble a bevy of legendary talent from any era in MyTEAM. Dominate the hardwood each Season, and bring your vision to life with a broad set of customization tools to create the perfect look for your perfect starting five. The NBA 2K23 Michael Jordan Edition includes: • NBA 2K23 for Xbox One • NBA 2K23 for Xbox Series X|S • 100,000 Virtual Currency • 10,000 MyTEAM Points • 10 MyTEAM Tokens • Sapphire Devin Booker and Ruby Michael Jordan MyTEAM Cards • 23 MyTEAM Promo Packs (Receive 10 at launch plus an Amethyst topper pack, then 2 per week for 6 weeks) • Free Agent Option MyTEAM Pack • Diamond Jordan Shoe MyTEAM card • Ruby Coach Card MyTEAM Pack • 10 Boosts for each MyCAREER Skill Boost type • 10 Boosts for each Gatorade Boost type • 4 Cover Athlete T-Shirts for your MyPLAYER • MyPLAYER backpack and arm sleeve • Custom-design skateboard for MyPLAYER • One 2-Hr Double XP Coin Software license terms in game and at www.take2games.com/eula. Non-transferable access to special features, such as exclusive/ unlockable/downloadable/online & bonus content/services/functions/multiplayer services, may require single-use serial code, additional fee, and/or non-transferable online account registration (varies 13+).