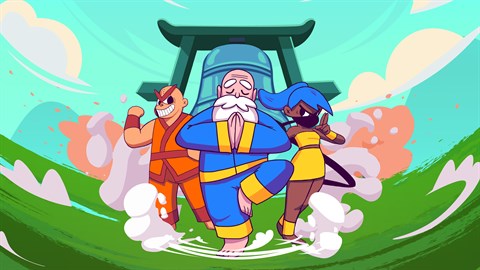 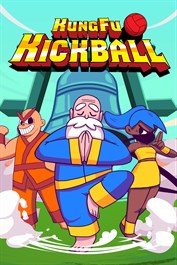 KungFu Kickball is a team based fighting-sports game where the best ball kicker wins! Compete against your friends in a fantasy sport that mixes soccer with kung fu action movies. Fly through the air and unleash a flurry of punches, kicks, and mystical arts to overpower the other team and smash the ball into their bell. Every bell ring counts as a point and the team with the most points when time runs out is crowned the winner. Hone your skills in the single-player championship modes against increasingly difficult AI, then duke it out with friends in either local multiplayer or online multiplayer in versus or quickmatch modes. Featuring Six Different Characters Choose to play from a roster of six beautifully crafted pixel art characters. The Monk - A well rounded option The Assassin - Super quick but doesn't hit as hard The Drunken Boxer - Has his own unique fighting style The Old Master - Slower in his old age, but still packs an incredible punch The Legend - Nimble and can still send the ball flying with his kicks The Panda - She's a true heavy hitter