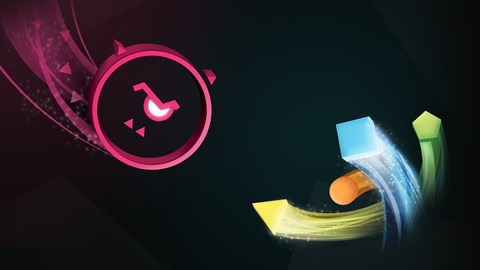 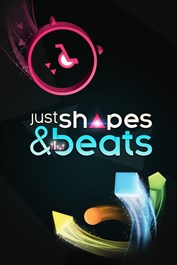 Just Shapes & Beats is a chaotic co-op musical bullet-hell based on three simple things: avoid Shapes, move to the kick-ass Beats, and die, repeatedly. It's a new spin on the SHMUP genre, adding a layer of cooperation that's at the core of the game: because everything is better with friends. Play alone or with up to four players, local or online, through the game's Story Mode or Challenge Runs. MUSIC TO YOUR EARS, AND HANDS You like music? SO. DO. WE. That's why we have over 50 hand crafted stages with licensed tracks from over 20 chiptune and EDM artists. Hits like a ton of brick straight into your eardrums and your eyeballs; BAM. FRIENDS MAKE EVERYTHING BETTER Gather up your squad and play up to 4 player co-op, drop-in drop-out, either all on your couch for a house party, or an online party! Don't have/like your friends? WE GOTCHU MY DUDES, make new or BETTER friends by playing a few quick online challenge runs. Let us pick your new best buds for the next hours; strangers are just friends you haven't met yet. Kind of a lone wolf, back hurts from carrying people, would rather play with yourself? Do it, the game is just as fun, just a different experience waiting for you; ain't nobody judging here yo. SOMETHING FOR EVERYONE We have many different game experiences to offer! Story mode helps you learn the ropes with our intermediate-ish tracks and the optional Casual mode. When you think you're ready, Challenge Runs is where you get to prove yourself: get judged on your skills by playing through randomly picked tracks. Need some kind of training montage to get better? Rip off your sleeves and practice the tracks you're struggling to master in the Playlist. PAAARTYYYYY Literally the soundtrack for your party! Let the game play in Party Mode and light up your social gatherings, + you can even have people playing those cool party stages while the music plays if they're into that, because WE'VE THOUGHT ABOUT EVERYTHING. So yea, go ahead and throw the most epic party of your life thanks to us, you are welcome.