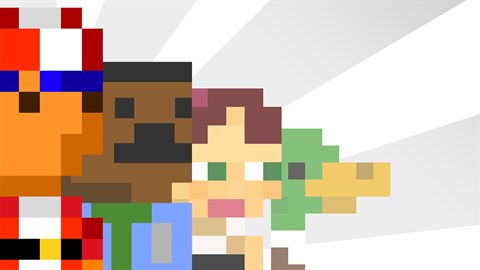 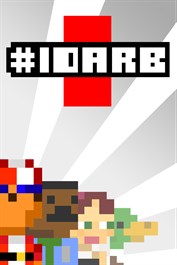 Prepare to battle everything from Moustache Cops to Breakfast, in this game inspired by fast action, 8-bit sports and arcade classics! Built with the input of thousands of crazed internet gamers, #IDARB is a chaotic 8-player eSport jumping future arena ball game. Create characters, teams, team logos, tournaments, even your theme music, in this highly customizable experience complete with disruptive “hashbombs” which dynamically change the game itself via Twitch and Twitter! IDARB supports up to a whopping 8 simultaneous local players, and up to 4 vs. 4, head-to-head online matches. Additional features include a mind-blowing single-player story mode, wild half time competitions, and unlockable recipes. Begun as a crowd-sourced project, the game’s title is an acronym for “It Draws a Red Box” (IDARB). Thanks to thousands of suggestions via social media, the game evolved from one red box into the wacky amalgam it is today, complete with hundreds of strange “hashbombs”, secret commands which, when sent to the game via Twitch or Twitter, will disrupt and dynamically change the game in realtime! If there’s something you want that isn’t in #IDARB, it’s probably because you didn’t suggest it, but with so many customization options, you can probably still make it yourself!