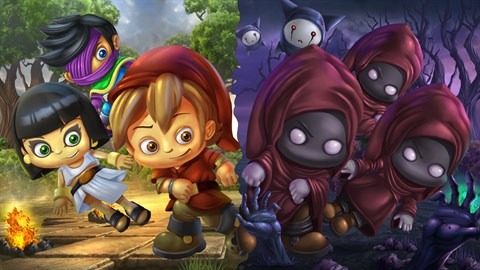 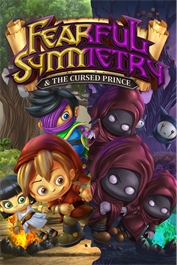 Fearful Symmetry is a fun puzzle game with a unique brain-teasing twist. Control multiple characters at the same time; both in different dimensions. It is up to you to move the characters simultaneously in opposite directions to guide them through treacherous puzzles filled with traps. Characters Fearful Symmetry tells the story of three adventurers named Hero, Nulan and Heim. Hero is a fearless adventurer. Looking out for valuable treasures, he stumbles upon the legendary Symmetry Scrolls. Ignoring the rumors about the curse bound to them, he decides to take the Symmetry Scrolls. Nulan is a descendant of the tribe who created the Symmetry Scrolls. Her natural talent in magic lead her to become a soul-thirsty sorceress, enabling her to perceive disturbances in the symmetry. Haim is a prince afflicted with a terrible curse that is consuming his very soul. He wanders the land looking for a way to lift the curse. His quest led him on the trail of the legendary Symmetry Scrolls, which are rumored to have power to reverse the process. Every character offers ways to overcome puzzles in the game, which makes every level different depending on your choice of character!