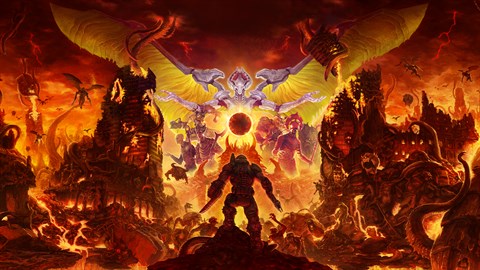 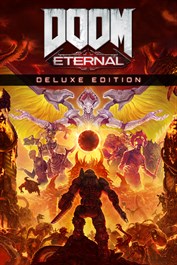 Hell’s armies have invaded Earth. Become the Slayer in an epic single-player campaign to conquer demons across dimensions and stop the final destruction of humanity. The only thing they fear... is you. Experience the ultimate combination of speed and power in DOOM Eternal - the next leap in push-forward, first-person combat. The Deluxe Edition includes: • Year One Pass - Get access to two campaign expansions for the critically-acclaimed DOOM Eternal. An imbalance of power in the heavens requires the true ruler of this universe to rise and set things right. Wage war across never-before-seen realms of the DOOM Universe, fight against new demons, and wield new abilities in your never-ending battle against the forces of evil. • Demonic Slayer Skin • Classic Weapon Sound Pack