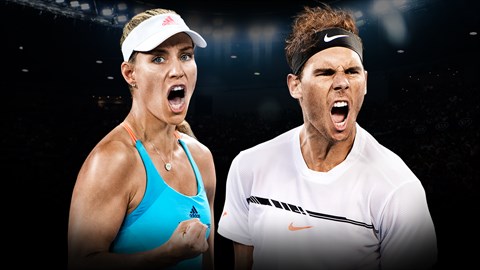 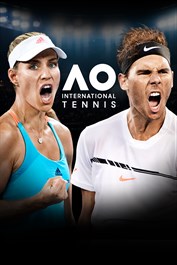 AO International Tennis is the most advanced tennis game ever produced. AO International Tennis combines fully licensed, photo realistic players with a decade’s worth of historical shot data that enhances their AI so that they play just like their real-life counterparts, right down to shot selection at any given point of time in a match. PLAY THE AUSTRALIAN OPEN - AO International Tennis is the officially licensed game of the Australian Open. Take the title in Singles, Doubles or Mixed Doubles. LICENSED PLAYERS and STADIA - Dozens of fully licensed male and female players, including Rafael Nadal and Angelique Kerber in licensed tennis stadia such as Rod Laver Arena. ARTIFICIAL INTELLIGENCE - Based on ten years of ball tracking data taken from Australian Open championship matches, players behave as they would in real life. MOTION CAPTURE - Professional players have been 3D scanned and motion captured in order to bring the most authentic tennis game to date. HARD COURT, CLAY OR GRASS - Play on your surface of choice, each has a distinct play style and presents different challenges. PLAY ONLINE - Challenge the world and become the world champion from the comfort of your living room. PLAYER CREATOR - Comprehensive player creator allowing you to create yourself or anyone else - bring your game to the world’s best!