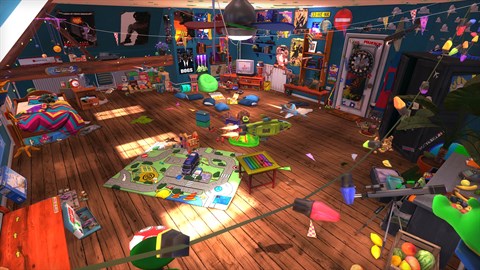 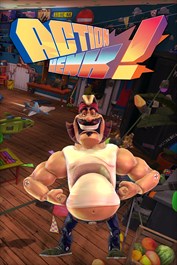 Run, jump and butt-slide into the glorious toy-filled world of Action Henk! Become a master of momentum and defy physics as you race against a band of ragged 90s action figures! Action Henk is a lightning fast platform-racing game set in a beautifully crafted 3D toy box world, where a cast of classic action figure inspired characters compete to once and for all prove that Action Henk is the fastest of them all! The game challenges players to shave milliseconds off their times by running, jumping and butt-sliding with 5 playable characters across over 70 challenging levels in a game which revels in almost sonic speeds. Action Henk is pure, unadulterated joy at an eye-watering pace. Collect bronze, silver, gold or even rainbow medals to unlock new worlds and greater challenges. And if that’s not enough: race friends in local multiplayer or tackle awesome boss races to unlock mind-boggling bonus levels.