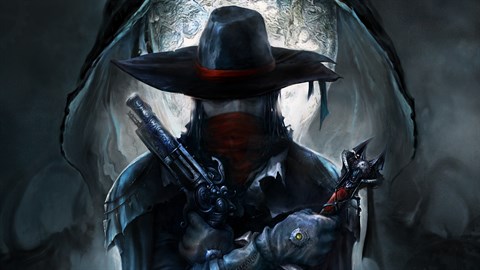 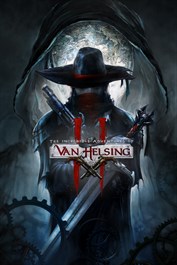 It all seemed so simple: defeat the mad scientist, free the land and ride into the sunset, but sometimes the fall of a villain only opens the way to more sinister foes. So the incredible adventures continue, and Van Helsing, the famous monster-hunter returns to save the day again with the help of his charming, ghostly companion, Lady Katarina. The gothic metropolis of weird science is on the brink of destruction as chaos rules the streets and a new enemy plots revenge. It’s time to enter the dark side of Borgova and the forbidden wilderness, but beware: you are not the only one behind a mask. Main features - Three playable classes – In the sequel to this gothic-noir adventure, you can choose from three very different classes: the classic Hunter with shooting and melee skills, the magic-wielding Thaumaturge or the Arcane Mechanic, the master of deadly devices, all included in the base game. - Character import – You can import your level 30 characters from The Incredible Adventures of Van Helsing - Hunter’s Lair – The Lair returns in the sequel as your perfect hideout to stash collected loot, trade with non-playable characters, teleport between locations, forge new items, utilize the alchemy lab and accept new quests from allies who join the Resistance against the scientific scourge. - Extended Tower defense mini-game – With enemies invading in waves, you have the opportunity to defend your Lair and other strategic locations with deployable traps and several upgradable functions to ward off evil, now with improved gameplay mechanics and up to 7 levels presented as optional side quests. - Resistance Management – As the leader of the Borgovian Resistance, you will participate in the micromanagement of the allied troops, improve the equipment of the Resistance fighters or find loot that makes them more powerful. - Rage system – You can charge up to three skill modifiers called PowerUps on active skills by way of spending Rage points collected from impressive feats. - Unique companion – Lady Katarina, a ghost with snappy wit, comes to the support of Van Helsing with her own set of abilities, behaviors, and two skill trees. - The Beast in the Lair - The Chimera is a unique creature, an artificial monster straight from the Ink. You can enhance its abilities and summon it into combat or send away to the Ink to hunt for treasure. - Hall of Trophies - You can decorate the Lair with trophies that give global modifiers to the game world, like empowering monsters, granting more spellpower to all allies or turning Katarina into a more lethal ghost. - Multiplayer – You and your friends can test your skills against each other via the PVP mode (4 players) or join forces and complete the story in the co-operative campaign (4 players). Supported languages: English, French, Italian, German, Spanish, Portuguese, Hungarian, Polish, Czech, Russian