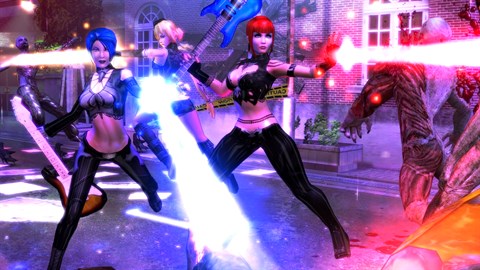 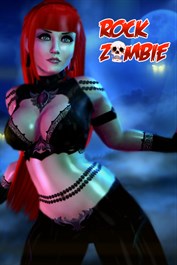 What would happen if a concert of a female rock band was invaded by a horde of zombies? The answer to that question can be found in this videogame which combines both, classic gameplay from the Arcade Golden Age with modern 3D graphics. Features: 20 action-packed levels in which you will fight against all kinds of enemies, ride a motorbike, drive cars and much more. An amazing story told through 300 comic strips between the action scenes. Three characters to choose from: Zoe, Sasha and Crystal. A variety of weapons, outfits, concept arts and collectable material to unlock in the zombie museum. Sound track that combines Hard Rock, Nu Metal and Alternative Rock to take you into a dark, rainy street atmosphere.