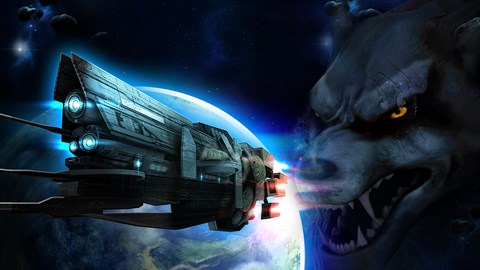 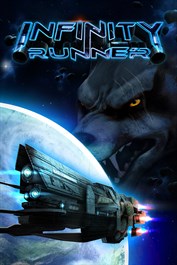 The Infinity is the largest spaceship ever built by man-kind; flung into the void of space to secure humanity a new home amongst the stars. However, instead of discovering paradise, the inhabitants of The Infinity unlocked the door to a long forgotten nightmare. Deep inside this leviathan something terrible hunts, out of myth and legend the last werewolf stalks the ship. Infinity Runner centers on a prisoner desperately trying to escape the decaying ship and the clutches of the terror within. In Infinity Runner, the player controls the protagonist, the prisoner, from a first-person perspective as he is challenged to escape from the gargantuan spaceship. This is accomplished by use of techniques and movements inspired by the disciplines of parkour and mixed martial arts, the game-play conveys the players strain and physical contact with the environment whilst dealing with the constantly changing and expansive surroundings. As well as these evasive elements there’s also combat sections in the game where a dynamic targeting system is used which calls for fast reflex combinations. Infinity Runner packs a lot into one super slick sci-fi action game bundle and with it re-invents the running genre! FEATURES * WEREWOLVES IN SPACE! * 14 ACTION PACKED LEVELS * ARCADE MODE * STORY-MODE * WOLF LEVELLING SYSTEM