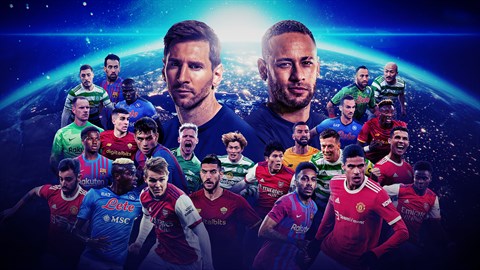 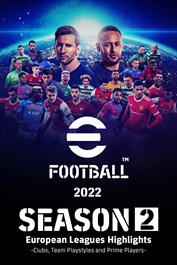 From "PES" to "eFootball™" ■ Product Overview It's an all-new era of digital football: "PES" is evolving into "eFootball™"! Now you can experience a brand new chapter of football gaming with "eFootball™ 2022"! ■ The Largest eSports Platform This game is free-to-play, so everyone is welcome to join the fun. Future updates will be implemented to reflect data for the new football season. This also serves as the largest eSports platform for football fans around the world to enjoy the best head-to-head experience, no matter their device of choice. ■ A Football Game for the Football Fans We want to offer football fans around the world an opportunity to enjoy a new football game, with unparalleled realism like never before. For this reason, we have analysed many of the attacking and defending elements in modern football and incorporated them into the game as easy-to-perform commands. ■ eFootball™ World At the heart of eFootball™ is "eFootball™ World". Play as some of the footballing powerhouses with "Authentic Team", or sign and develop your favourite players to build your one and only "Dream Team". Go up against rivals from around the world and take part in a variety of events. New features, modes, events and gameplay improvements are planned for the near future. For more details, see the official eFootball™ website. *For customers who select Japan as their country/region in the game, eFootball™ Coins are valid for 180 days only. This game uses virtual currency, which you can purchase. Virtual currency can be used in various ways, such as sign players or acquire Match Passes. *Users that reside in Belgium will not have access to loot boxes that require eFootball™ Coins as payment. *This product supports Cross-gen Multiplayer games between Xbox One and Xbox Series X|S users.