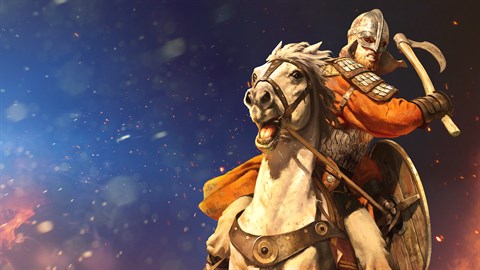 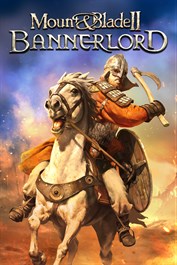 The horns sound, the ravens gather. An empire is torn by civil war. Beyond its borders, new kingdoms rise. Gird on your sword, don your armour, summon your followers and ride forth to win glory on the battlefields of Calradia. Set forth on an epic adventure in a fictional Dark Ages sandbox that combines strategy and action-RPG gameplay. Create and develop your own character, gather companions, and use diplomacy, trade, and roguery to your advantage as you attempt to establish your clan among the ranks of the nobility. Raise armies to command and fight alongside in huge, real-time battles and sieges using an extensive command system, and an intuitive, skill-based directional combat system. Carve out your own kingdom or champion another’s cause as you explore the vast, reimagined continent of Calradia in this prequel to the critically acclaimed, Mount & Blade: Warband.