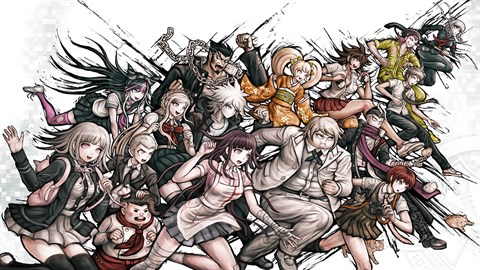 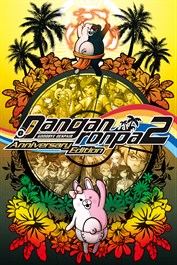 In celebration of its 10-year anniversary, Danganronpa 2 is now available！ Please enjoy this Danganronpa reborn with improved gameplay systems and a new gallery feature. ■ Story Blue skies, white clouds, the glimmering sea, and vast expanses of sand. The students of Hope's Peak Academy arrive at a tropical resort destination known as Jabberwock Island, but they end up trapped as castaways due to the headmaster's schemes. In exchange for escape from the island, the students are forced to play a killing game and find the killer through class trials. Play through high-speed and fast-paced class trials by gathering testimony and evidence during investigations and use them as ammunition to shoot down your opponent's contradictory statements. ■ Game Features Deadly Island Vibes: Murder is the only means of escape when you’re trapped on this island paradise. As your fellow classmates start dropping like coconuts, you’ll need to delve into each murderous incident, forage for clues, and interview your classmates to reveal the opportunity, motive, and means behind each killer case! Tribal Council: You’ll go head-to-head in all new minigames with the other students during the Class Trial, shooting down their false truths and using your evidence to uncover what really happened. But watch out! If a student is unconvinced, they'll challenge you to a one-on-one Rebuttal Showdown and force you to defend your argument! Survival of the Keenest: Match up your evidence with your fellow classmates’ arguments and determine who’s really telling the truth. Once you’ve got a suspect in your sights, turn up that tropical heat in a variety of timing and reflex-based game systems to reveal the ultimate truth and escape with your life! ■ Additional Contents ・Intimacy Gallery Intimacy Events have been compiled in gallery form! Replay your favorite characters and events whenever you want, as many times as you want. ・Character Gallery Allows players to view character sprites and lines in a gallery. If you ever get the urge to hear that one line, now you can! ・Ultimate Gallery A gallery full of promotional illustrations and character sheets from the official art book. JASRAC license number 9013239082Y43030 9013239083Y43030