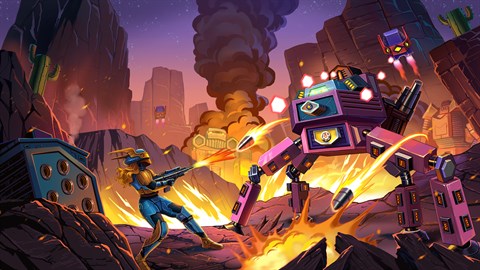 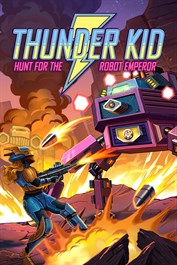 Take on the forces of the Robot Empire in a low-poly run ‘n’ gun action experience! In the year 201X, war has already ravaged much of the continent when a rogue AI rebels against its creators and leads an army of robots to conquer the portion of North America known as the Robot Empire. Trained from a young age as an agent of justice, Thunder Kid is sent into battle against the Robot Royalty and stop the empire from taking over the world! Thunder Kid is a low-poly 3D run ‘n’ gun action game controlled from behind the main character, shifting the perspective of genre classics and adding bullet hell elements while retaining its hallmark features! As Thunder Kid, you’ll have to run, jump and shoot your way across colorful and varied 3D environments, from forests and caves to cliffs and cityscapes. Take down enemy bots and massive enemies in a unique blend of retro style!