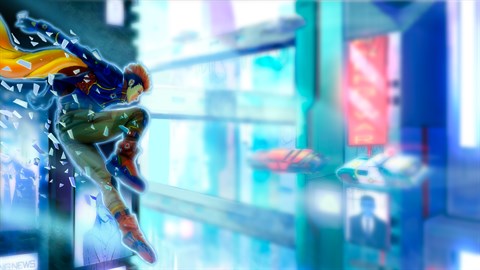 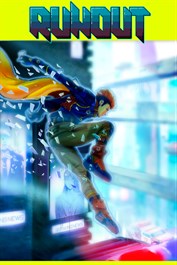 RUNOUT is a dynamic runner-platformer with logical riddles in the setting of the future. Players always run, but when they collide with any obstacle, they turn in the opposite direction. The mechanics involve harnessing abilities to jump, shoot, speed up, and slow down time that will allow them to pass the level. As a result of a hacker attack on the servers of the corporation 'MFS', which produces exoskeletons, most of the carriers of exoskeletons were killed. As the suspenseful story unfolds, find the culprit behind the sinister plot and ultimately save the world. Features: * Single-player and two-player local co-op mode * Different unlockable characters * Two difficulties: choose the direction you run to or only turn when you find a wall * Solve platform puzzles while running * Find and use different abilities (shoot, speed up, slow down time) * Suspenseful cut scenes * Cyberpunk visual aesthetic * Synthwave soundtrack