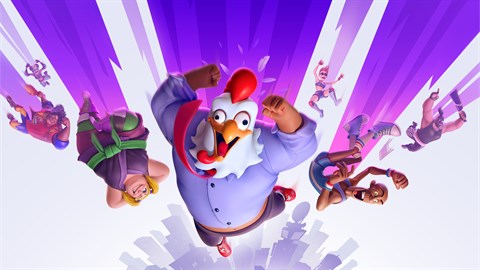 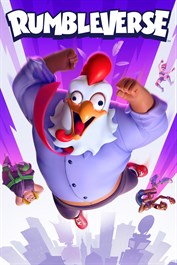 Mid-Season Update is here! In addition to the Zombie Runner Pack, throughout October swag out your Rumbler with frightfully spooktacular cosmetics like: - Clown Suit Cosmetic: Punch, Slam and ...HONK?! your way to championship glory. Clown around as you throw down! - Deep Sea Cosmetic : Pull your foes under and watch them be crushed by the depths of your style! - Mad Scientist Cosmetic: They were too busy asking if they could flex on 'em, they never stopped to ask if they should. And they should. - AND MUCH MORE! Check back in-game every Tuesday and Friday as costumes rotate often and you’ll LIVE for fashion your opponents will die for! Rumbleverse™ is an all-new, free-to-play, 40-person Brawler Royale where anyone can be a champion. You play as your own unique citizen of Grapital City, as you battle your way to victory! Customize your fighter by mixing and matching hundreds of unique items, and stand out from the crowd. Get launched from a cannon, drop into the streets, and throw down! Where you land is up to you, but beware -- there's chaos around every corner and on top of every skyscraper! Leap from rooftop to rooftop and smash open crates looking for weapons and upgrades. Each round is a new opportunity to discover new moves and perks that'll give you the edge in your quest for glory.