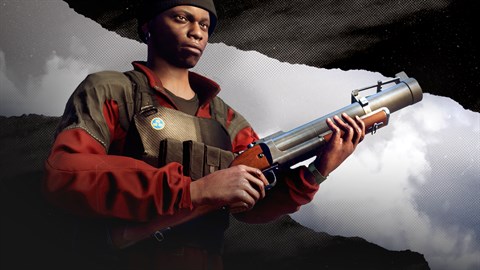 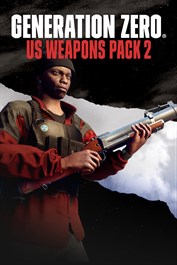 While the survivors of Östertörn have already managed to scavenge some US and Soviet weapons, NATO has decided it’s time to broaden the arsenal even further, dropping another shipment of American weapons across the Resistance controlled territories. While this is still not enough to stave off the machine invasion, it should help the fighters tackle most situations and battles. Mid-tier versions of these three new US weapon models can be found in the PLUNDRA storage box in Östertörn. If this is your first time playing the game, you will find them in the storage box at the Iboholmen Church. Higher tier versions of the weapons can also be found by taking the fight to the machines and looting the weapons from their wreckage. These weapons are: • COM-10 SMG - The COM-10 is a high recoil yet very fast firing SMG that is sometimes used by the US army in special operations. • S21 - A sniper version of the classic S14 battle rifle with improved accuracy and adjustments to fit a scope mount. • G79 Grenade Launcher - The G79 was created by the US army to grant infantry an impressive mix of firepower, range and accuracy and at the same time achieve being more portable than a mortar. Weapon attachments included: • COM-10 Silencer - A unique silencer for the COM-10. Attaching this mod will significantly reduce the noise created by each shot. • COM-10 Extended Magazine - An extended magazine for the COM-10 SMG. Attaching this mod will increase the weapon's ammo capacity. • S21 Extended Magazine - An extended magazine for the S21. Attaching this mod will increase the weapon's ammo capacity. • G79 Smoke Grenade - A smoke-producing round that fits the G79 Grenade Launcher. This shell deals no damage but instead creates a smoke screen at the point of impact which hinders enemies' visual prowess. • G79 HE Grenade - A high-explosive round that fits the G79 Grenade Launcher. This low-velocity shell is capable of dealing moderate explosive damage to armored targets. • G79 EMP Grenade - A non-damaging, electromagnetic pulse round that fits the G79 Grenade Launcher. This shell, once detonated, is capable of knocking out all electronic devices within a short range for an extended period of time. Crafting schematics included: • G79 Smoke Grenade - Ammo crafting schematic that makes G79 Smoke Grenades. • G79 HE Grenade - Ammo crafting schematic that makes G79 HE Grenades. • G79 EMP Grenade - Ammo crafting schematic that makes G79 EMP Grenades.