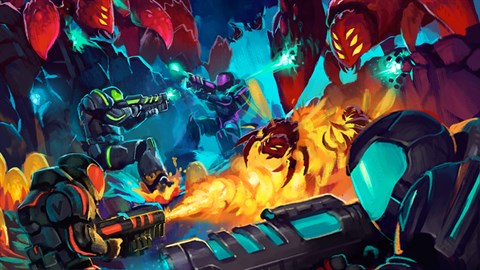 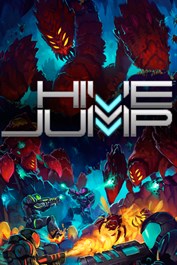 In the 24th century, humanity is at war with a hostile alien race. Outnumbered a million to one, mankind's only hope of survival is the J.U.M.P. Corps. You and your friends assume the role of JUMPERS, and blast your way through subterranean alien hives in chaotic run-and-gun 2D platforming action. Up to 4 Players band together (Local Multiplayer) to kill aliens, avoid traps, collect treasures and lost relics. Win the final battle against the hive queen to save the galaxy!