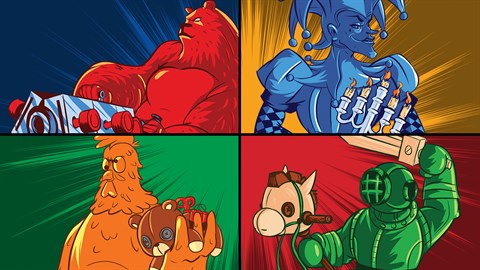 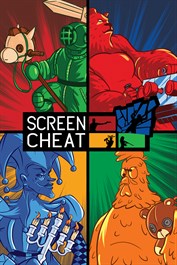 Screencheat is the ridiculous split-screen shooter where everyone is invisible so you have to “screencheat” (Screencheat - verb: to look at your opponent’s screens. “Stop screencheating you cheater!”). Master a wide variety of one-hit kill weapons including a blunderbuss, a car engine that shoots bouncing plasma balls and a teddy bear loaded with explosives. Train your skills in the solo time trials then engage in fast and frantic combat with up to eight players locally on the couch or online. With colourful maps, unique modes and a huge number of customisation options including wacky mutators, Screencheat is the ultimate party FPS.