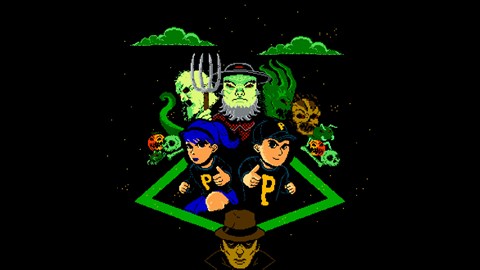 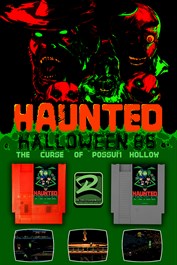 Are you rad enough to accept the ultimate 8-bit challenge on Halloween night...again!?!? HAUNTED: Halloween '86 (The Curse Of Possum Hollow) is a brand new homebrew game featuring side-scrolling, platforming, beat 'em up action! It is the sequel to HAUNTED: Halloween '85 and was originally released on cartridge in October of 2016, so it follows all the rules and restrictions of the original hardware. We are releasing a copy of the game in all its pixelated, 8-bit, retro glory for your PC and Xbox One. The cartridge version can be purchased online for those who still have a working console! '86 has been upgraded in every way! You can utilize Tag Team Technology to swap between the two playable characters on the fly throughout the game to take advantage of their separate skills and health meters. The combat system has been completely overhauled from the original and now includes many powerful, new attack moves, defensive moves and evasive moves. We also learned how to do things like split-screen scrolling for parallaxing, animated backgrounds and interactive background objects. There are many new haunts to battle along the way. You can decapitate zombies and then use their removed heads as weapons, combo moves together to smash through the heinous hordes that are taking over the town and find hidden power ups to enhance combat moves and even smash those annoying pumpkins.