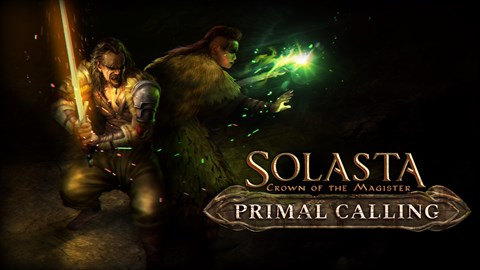 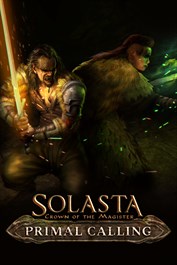 Unleash your wild side with the Primal Calling DLC! Buying this DLC unlocks two new classes (for a total of 6 new subclasses), one new ancestry and one new background. DLC Content: - The Barbarian Class, with its 3 subclasses: Path of the Berzerker (SRD), Path of the Magebane (Solasta), Path of Stone (Community) - The Druid Class, with its 3 subclasses: Circle of the Land (SRD), Circle of Kindred Spirit (Solasta), Circle of Winds (Community) - The Half-Orc Ancestry - The Wanderer Background, with its brand new background quest located in Copparan -------------------------------------------- Solasta's also getting a large update for free! Whether you decide to get this DLC or not, the Tactical Adventures crew will be rolling a free update nonetheless! Free Content: - Level cap increased from level 10 to level 12, unlocking new class features as well as level 6 spells - Scars and Facial Paints customization options in character creation - Tired of playing through the tutorial? You can now skip it! - Rebalanced (harder!) fight at the end of the campaign - prepare for a challenge! - New Town Exterior & Town Interior Environments for the Dungeon Maker - New Campaign Creator Feature, allowing custom dungeons to be bundled together into a campaign with custom monsters, custom NPCs & merchants and custom items!