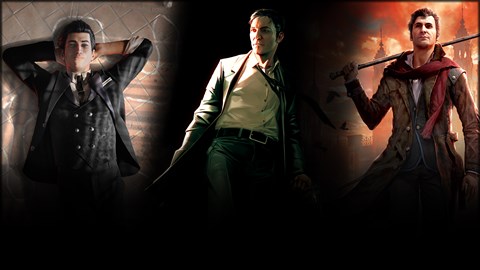 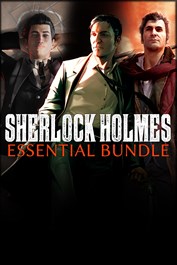 A conceptual trilogy that reveals three intriguing novels based on different chapters of Sherlock Holmes' life path. Sherlock Holmes Chapter One (Xbox Series X|S only): The first entry in our Sherlock’s adventures, Sherlock Holmes Chapter One tells the story of young Holmes before he became the greatest detective. A touching and thrilling story offers a glimpse into how Sherlock's personality got shaped and the deep emotional experiences that he went through as a child. Together with his best friend Jon, Sherlock heads off to a distant island in the Mediterranean Sea to finally untangle the mysteries that influenced his whole future life. Sherlock Holmes: Crimes and Punishments (Xbox One only): A series of six cases are the foundations for our second story about a desperado group calling themselves the Merry Men, which are striving to organize a coup and free the people of the United Kingdom from debt. Mycroft asks his famous brother to step in. Sherlock Holmes: The Devil's Daughter (Xbox One only): Our final story sheds some light on Sherlock's adulthood. Sherlock is taking care of his stepdaughter Katelyn — a young girl whose true origin is being kept as a family secret. With Kaitlyn’s arrival back home, Sherlock faces a chain of strange events when a mysterious woman known as "Alice" becomes Holmes's new neighbor. Her arrival may lead Sherlock to reveal more than he had initially intended. Get the detective skills under your belt ready!