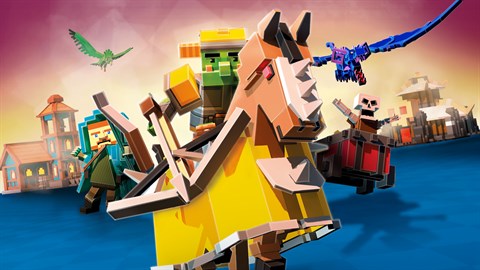 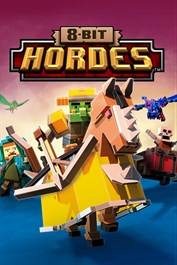 This product is part of the 8-Bit Hordes bundle and unlocks all 8-Bit Hordes content of the 8-Bit RTS Series. Dominate the battlefield in 8-Bit Hordes, a colorful fantasy RTS in which players of all levels can storm castles, slay dragons and raid haunted cemeteries. Command one of two factions - The daunting Orcs and their undead allies of the DeathSworn, or the brave elves, humans and dwarves of the Lightbringers - and destroy your enemies. You can even deploy your troops to wage battle against the flying saucers of 8-Bit Invaders! or the massive tanks of 8-Bit Armies in cross-title multiplayer! Features: Conquer Singleplayer campaign, Online Multiplayer, Co-op & AI Skirmish mode Mix up 8-Bit Hordes, 8-Bit Invaders! & 8-Bit Armies in cross-title multiplayer Battle in destructible environments, ranging from the underworld to haunted forests Enjoy an entirely original soundtrack from award-winning artist Frank Klepacki