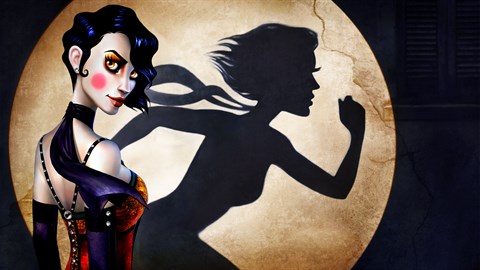 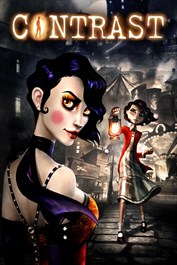 Dev comment: Hey Xbox One players! See below for a personal note from the devs. Experience and explore a surreal 1920s dreamscape a vaudevillian, film noir-inspired almost-reality. In a world full of performance, intrigue and deception, you play as Dawn, the imaginary friend of a little girl, Didi. Every kid’s imaginary friend is special, and you have powers that no one else does – you can walk up to a lit wall, and become your shadow. You can shift in and out of your shadow, at any lit surface, to help Didi explore the mysteries surrounding her family. In CONTRAST: • Shift between the physical 3D world and the 2D shadow world (become your shadow!) • Experience a new story and world, exploring adult themes through a child’s eyes • Solve mind-bending puzzles • Manipulate light sources and real-world objects to create unique shadow landscapes • Immerse yourself in a lush world of cabaret singers, circus performers, and magic Some talk about CONTRAST: • IGN: Best Indie at E3 2013 • “It’s as if Limbo and Bioshock Infinite had a baby while watching Pan’s Labyrinth” - Venturebeat • 10 nominations at the 2014 Canadian Videogame Awards, including Game of the Year CONTRAST is developed by Compulsion Games, an 8 person indie studio in Montreal, founded on making creative, passionate and high quality games. Dev note: Hi everyone! Thanks for checking out CONTRAST. We’re really excited about the Xbox One version. It is the tightest version of the game we’ve made, and has had the advantage of the improvements that we’ve made since the initial launch of the game and the power of the Xbox One (believe it or not, dynamic shadows make for a pretty power hungry game). We made this game because we wanted to make something different. We wanted a simple, mature story – something that’s not “congratulations, here’s a fancy sword, go save the world!” – based around a mechanic that hadn’t been seen before. If you like games that are different or unique, set in different time periods, with unusual stories or new mechanics, then this might be a good game for you. If you like super-hard platformers, this isn’t that type of game. The average play time is roughly 4-5 hours, but it’s like most games based around puzzles – some of you will complete it faster or take longer to explore the world. But, we encourage you not to race through it – to us, CONTRAST is a performance, where every minute we’re trying to bring you something different. We suggest you find and read all the collectibles, if you’d like to fully understand the story (and to get the full sweet 1000 G). And, if you like it, feel free to come say hi on Twitter!