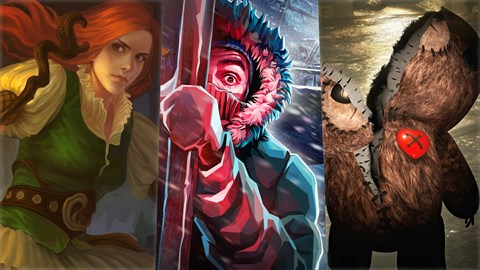 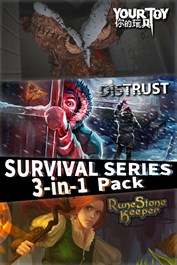 Three great games in one pack! Survive in different situations! Distrust: Inspired by John Carpenter's "The Thing". A helicopter crash left a group of explorers stranded near an Arctic base. As they try to find a way back, all they are doing is sinking deeper into a nightmare scenario. When they sleep, they attract a terrifying force that sucks the life out of their bodies, but the longer they battle exhaustion and stay awake, the less likely they are to survive...As the Survivors try to sleep just enough to stave off fatigue without dying, they slowly go mad and eventually reach the point where thy can no longer trust their senses. In time, they can't even tell the difference between reality and a hallucination. Guide the survivors through a randomly generated Arctic base, overcome the severe climate and fight the unfathomable! Your Toy: Do you rememver your childhood toy? Where are they? They were your friend, ever, but can you imagine how they will be your nightmare for now? A popular 3D first person puzzle adventure game is now on sale! Runestone Keeper: a challenging roguelike to roguelite dungeon crawler that blends classic role playing elements and turn-based combat strategy. Dive into the dungeon roguelite-ness and begin your very own epic adventure! Grab your rucksack, sharpen those dusty swords, step into the dark chamber and fight for glory!