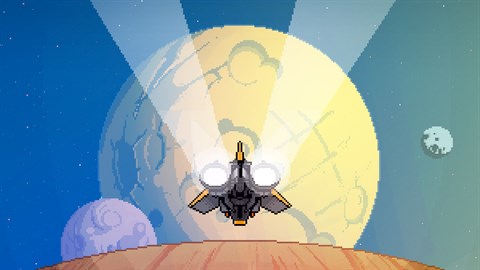 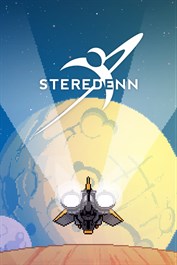 Steredenn is a frenetic and chaotic space shooter, carved in big beautiful pixels, with insane boss battles. Embark in your ship and engage the fight against dreadful space pirates in a never-ending combat for your survival. Steredenn is at the crossroads between a shmup and a rogue-like. Enjoy the infinite replayability of the game with its unforgiving gameplay, intense boss fights, (almost) randomly generated environments, twisted space events and a surprisingly large arsenal of weapons. Enhance your ship during your flight with many upgrades and forge your own path across the universe! The Binary Stars expansion is the ultimate Steredenn experience - 5 PLAYABLE SHIPS: each one with its own special ability and playstyle - LOCAL COOP: 2 ships 4 weapons, 1 lifebar! Test your friendships! - BOSS RUSH: fight a weekly selection of bosses and trust the best rank of a new leaderboard - NEW CONTENT! A LOT OF NEW CONTENT: New bosses, new weapons, new landscapes, new musics, new events, new upgrades (and new ways to die)! - SECRETS: Prepare for surprise encounters (and surprise loot) - THE BEST VERSION OF THE GAME: Reworked balancing, scoring, optimisation & always more polish This is in addition to the original game: Beautiful art and spaceships. Awesome boss fights. Addictive, ruthless. Endless arcade gameplay. Quick and intense sessions. A unique and catchy heavy metal OST by Zander Noriega INFINITE REPLAYABILITY: levels are (practically) randomly-generated. ARSENAL: 42 weapons and 30 upgrades with many interactions and combos. SCORING: beat your friends and be the best! DAILY RUN: everyday, try to be the first in a special leaderboard where all players share the same run, guns and bosses. Beware, you only get one chance per day! ARENA: Unlock a boss by defeating it in the normal mode. Then, train against it in a 1 to 1 duel. Your guns, your laws, your fight.