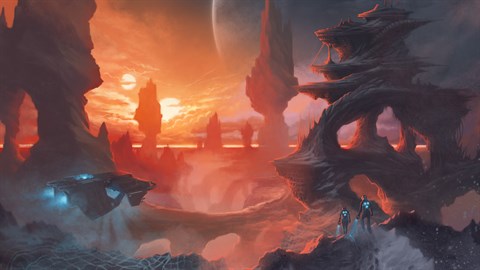 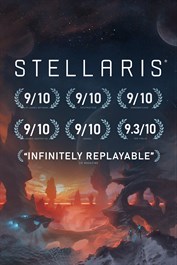 Explore and discover a spectacular and ever-changing universe! Paradox Development Studio, makers of the Europa Universalis and Crusader Kings series, and publishers of the best-selling Cities: Skylines, presents Stellaris, advancing the genre of grand strategy to the very edges of the universe. Get ready to explore, discover and interact with a multitude of species as you journey among the stars. Forge a galactic empire by sending out science ships to survey and explore, while construction ships build stations around newly discovered planets. Discover buried treasures and galactic wonders as you spin a direction for your society, creating limitations and evolutions for your explorers. Alliances will form and wars will be declared. Like all our Grand Strategy games, the adventure evolves with time. And because free updates are a part of any active Paradox game, you can continue to grow and expand your empire with new technologies and capabilities. What will you find beyond the stars? Only you can answer that. Deep and Varied Exploration Every game begins with a civilization that has just discovered the means to travel between stars and is ready to explore the galaxy. Have your science ships survey and explore anomalies, leading you into a myriad of quests, introducing strange worlds with even stranger stories and discoveries that may completely change your outcome. Stunning Space Visuals With characteristically complex unique planets and celestial bodies, you will enter a whirlwind of spectacles in a highly detailed universe. Infinite Variation of Species & Advanced Diplomacy Through customization and procedural generation, you will encounter infinitely varied races. Choose positive or negative traits, specific ideologies, limitations, evolutions or anything you can imagine. Interact with others through the advanced diplomacy system. Diplomacy is key in a proper grand strategy adventure. Adjust your strategy to your situation through negotiation and skill. Interstellar Warfare An eternal cycle of war, diplomacy, suspicions and alliances await you. Defend or attack with fully customizable war fleets, where adaptation is the key to victory. Choose from an array of complex technologies when designing and customizing your ships with the complex ship designer. You have a multitude of capabilities to choose from to meet the unknown quests that await. Enormous Procedural Galaxies Grow and expand your empire with thousands of randomly generated planet types, galaxies, quests and monsters lurking in space. Play the Way You Want Customize your Empire! The characters you choose, be it a murderous mushroom society or an engineering reptile race, can be customized with traits like ethics, type of technology, form of preferred space travel, type of habitat, philosophies and more. The direction of the game is based on your choices.