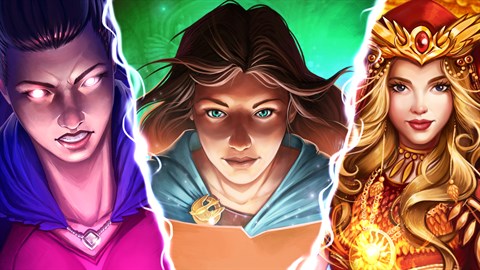 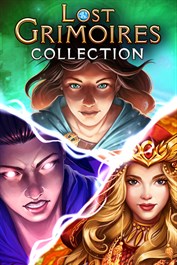 This bundle includes: - Lost Grimoires: Stolen Kingdom An alchemist's apprentice returns home from university to finish her training under a great master. Little does she know a real paranormal adventure has only just begun. A young alchemist wants to enter the struggle for the destiny of the kingdom, but she must first face the dark truths from the past. Will she succeed? - Lost Grimoires 2: Shard of Mystery When Prince Fern goes missing just days before his coronation, only one person in the king's court can find him. Step in the shoes of the teacher, spy and advisor of House Griff and embark on a dangerous adventure to find the heir and save him from the clutches of dark magic! - Lost Grimoires 3: The Forgotten Well King Raphael returns victorious from the expedition against the army of the mysterious Elf Sylvanheir. While king's subjects are preparing for his triumphant arrival, his sister - startled by his strange letters from during the war - suspects that Raphael has been cursed and that a real war is about to begin.