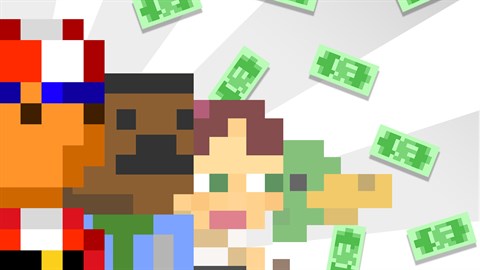 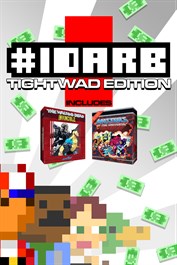 The #IDARB: Tightwad Edition Bundle includes the original #IDARB and both the Walking Dead / Invincible and Masters of the Universe™ Expansion Packs. You can now battle everything from Moustache Cops and Breakfast to the Heroes of Eternia and the Walking Dead, all for a super low price that even Skeletor™ would consider paying. You can finally enjoy the game all your friends love but you couldn't play because you were just too cheap to shell out the cheddar. You can finally create your own characters, teams, team logos, tournaments, and even theme music. You can experience firsthand the disruptive “hashbombs” which dynamically change the game itself via Twitch and Twitter! You too can now hold your own #IDARB couch parties with 7 of your closest friends or play up to 4 vs 4 over two consoles in head-to-head online matches. This bundle has everything you'd ever want from an eSport jumping future arena ball game, so get it today!