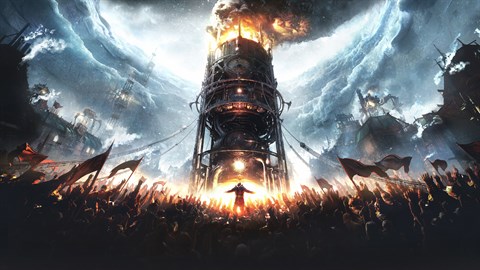 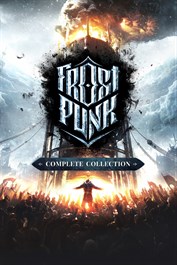 Frostpunk: Complete Collection consists of: Frostpunk – the full version of the highly acclaimed society survival game, which sold over 3 000 000 copies worldwide and won a number of critics awards. Frostpunk Season Pass - a set of three expansions of the Frostpunk universe: • The Last Autumn is a turning point in the Frostpunk universe. Revealing the restless events of Site 113 and its struggle to construct the generator before the freezing veil shrouds the Earth, this prequel expansion broadens the Frostpunk universe by introducing a new environment, new Books of Laws and unique technologies, and presents a range of new buildings — all of which let you shape society and the city in unconventional ways. • On The Edge expansion tells a story of citizens of New London sent for a special assignment after the Great Storm. It not only opens a brand new chapter set in the Frostpunk universe but also pits you against new challenges and offers unique mechanics, both in the city and on the Frostland map - further enriching the core experience. • The Rifts allows you to experience a new level of challenge on a brand new Endless Mode map, where the land itself threatens your survival. Using a new gameplay mechanic, bridge the rifts to access new areas. Expand the city to save your people from the inevitable doom! ABOUT THE GAME Frostpunk is a blend of city-builder, society survival and a strategy game where heat means life and every decision comes at a price. In an entirely frozen world, people develop steam-powered technology to oppose the overwhelming cold. You face the task of building the last city on Earth and securing the means necessary for your community to survive. Optimization and resource management often clash with empathy and thoughtful decision-making. While city and society management will consume most of the ruler’s time, at some point exploration of the outside world is necessary to understand its history and the present state. What decisions will you make to ensure the survival of your society? What will you do when pushed to the limit? And who will you become in the process?