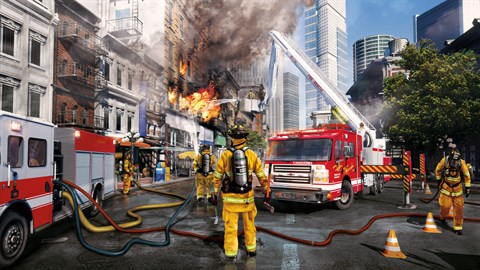 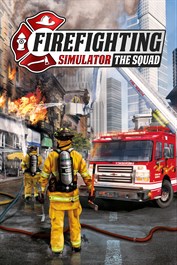 Fire alert incoming! With Firefighting Simulator-The Squad, you can become part of a major US city's firefighting team and experience how it feels to fight fires. Start the siren of your fire truck, grab your hose, and fight realistic fires to save lives. Discover over 30 diverse deployment locations spread across the city inspired by the North American West Coast. Equip yourself with authentic firefighting gear such as helmets, firefighter boots, and a breathing apparatus model by well-known North American firefighting equipment manufacturers. Whether in the industrial area, the suburbs, or downtown: Your city needs you! Features: Multiplayer co-op mode, where you can play with up to three friends and take on whichever role suits you most. Assign tasks to your team or jump into the action yourself. Together with your squad you can be the firefighting heroes of your city and save the lives of your neighbours. Single player mode, where you can become the leader of an experienced firefighting team. Guide your squad to success in your missions and extinguish as many fires as possible. Advanced fire simulation, including water, smoke, heat, back drafts, flashovers, grease fires, and a wide range of other causes of fires, such as electronics, chemicals, and explosions. Five licensed Rosenbauer America fire trucks, such as the TP3® Pumper, or the T-Rex® hydraulic platform. Authentic equipment by well-known US firefighting industry brands, such as Cairns®, MSA G1® SCBA, and HAIX®. A detailed 15k acres large US city with different districts, such as an industrial area, suburbs, and downtown.