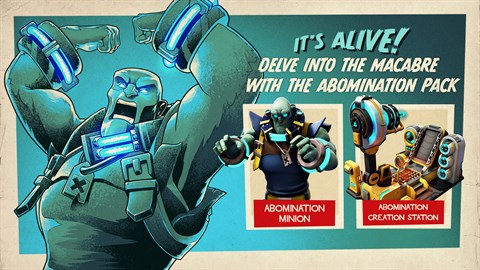 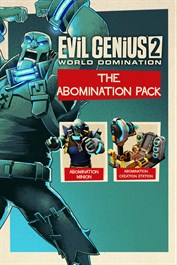 Your Scientists have been working hard to overcome a stubborn threat to the Lair’s defences: during combat minions will give up and lie down, refusing to absorb any more punches or bullets, let alone fight back. Unacceptable, frankly. Enter the Abomination, a modern… miracle? Create tireless defenders to ceaselessly patrol your operation. Mindless husks, shambling about and making incoherent noises – early results suggest that they can even tell the difference between friend and foe most of the time! It’s great to have another use for all those body bags, though perhaps not everyone is thrilled about seeing their contents stitched together and shuffling about in the Mess Hall. Some may even be wondering: a re-animated, rage-fuelled corpse, or the Scientist condemning the unwilling dead to a new unlife as an outcast – who’s the real Abomination? You’re right, it’s probably both. Included in the Abomination Pack: - Abomination minion type - Abomination Creation Station that turns body bags into Abominations - Accompanying Side Story Objective